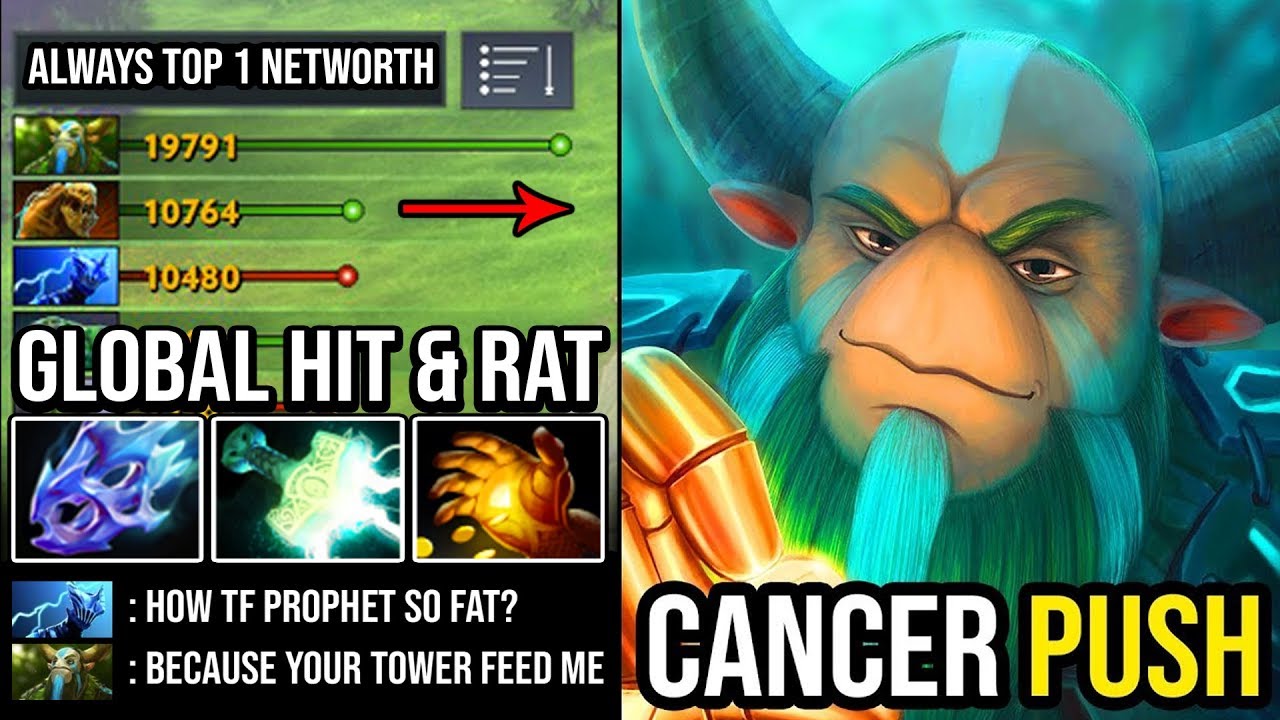 ► This Video Shows: How to Play Nature’s Prophet on Mid Lane and Solo Global Hit and Rat Tower with Tree Army + 100% Cancer Attack Speed and Outfarm Everyone.

►Hero: Nature’s Prophet is a ranged intelligence hero, whose play style is different from most intelligence heroes, because he can be almost anywhere at any given time with his Teleportation. This ability allows him to participate in most ganks and pushes at a moment’s notice. With Sprout, he creates a ring of trees, trapping anyone within them in place, serving to disable anyone caught within them. The trees around him serve as his objects of power; using them, he summons sentient tree beings known as Treants from trees on the map with his Nature’s Call ability. Wrath of Nature is the main and only directly damaging spell in his arsenal, but it can potentially be very powerful, as it can inflict increased damage with each bounce off subsequent enemies and can clear out multiple creep waves with its moderate cooldown and mana cost. Commonly played as a ganker, offlaner and jungler and known as a strong pusher, Nature’s Prophet has superb farming capabilities and global presence, giving him the power to be anywhere on the map. Late-game, Nature’s Prophet makes himself useful by constantly distracting and annoying the enemy team by pushing. If attention is not given to him, he can single-handedly win the game by constantly taking several towers or even the Ancient.